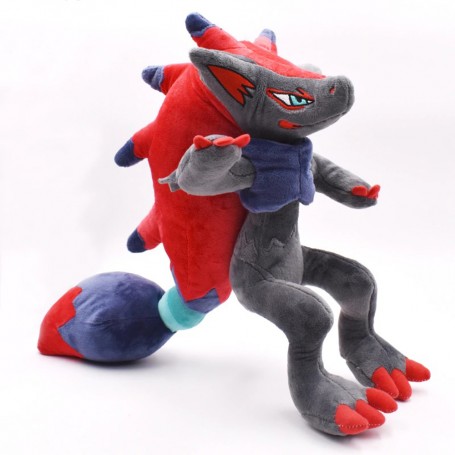 Find out the Pokemon Zoroark through this superb ultra soft plush!

Zoroark is a Dark-type Pokémon introduced in Generation V.

It evolves from Zorua starting at level 30.

Both it and Zorua were the first Generation V Pokémon to be revealed to the public on February 10, 2010.

Zoroark initially debuted as a silhouette before being revealed in full.Zoroark can create illusions that are indistinguishable from reality, deluding many people simultaneously. It can even create illusory landscapes in the forests where it dwells, to hide its territory and protect its den. However, Zoroark is incapable of physically changing itself into another form; it is merely capable of casting illusions. When a Zoroark takes the form of a human, it is capable of human speech. It can make convincing illusions of attacks, and these illusions are extremely realistic, enough to fool even cameras and make one believe they're being physically affected, though the illusion does not have any direct physical effect. Lonely trainers tend to use Zoroark to create illusions in order to ease their own burden of solitude.

Zoroark lives in groups, where unity is strong. It is extremely protective of those it cares about and will go to any lengths to keep them safe, including risking its own life, and it can hold grudges on those who harm its loved ones. Zoroark will hide its Zorua young in its mane to protect them and carry them around. There are stories that say Zoroark punishes those who attempt to catch it by trapping them in an illusion. Night Daze is its former signature move. 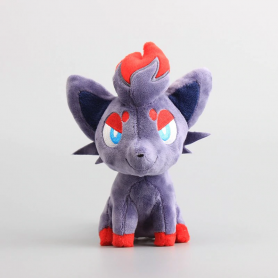