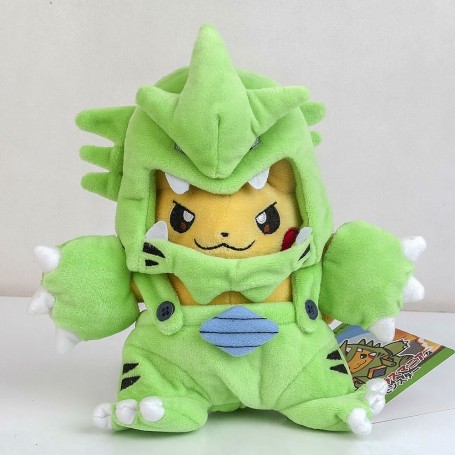 Find out the famous Pikachu who put on his Tyranitar outfit through this adorable 20cm plush. You can take off or put on his helmet as you want.

Pikachu is an Electric-type Pokémon introduced in Generation I.

It evolves from Pichu when leveled up with high friendship and evolves into Raichu when exposed to a Thunder Stone.

In Alola, Pikachu will evolve into Alolan Raichu when exposed to a Thunder Stone.

Pikachu has a Gigantamax form.

In Pokémon Yellow, the starter Pikachu will refuse to evolve into Raichu unless it is traded and evolved on another save file.

Pikachu is popularly known as the mascot of the Pokémon franchise and a major representative of Nintendo's collective mascots.

It is also the game mascot and starter Pokémon of Pokémon Yellow and Pokémon: Let's Go, Pikachu!. It has made numerous appearances on the boxes of spin-off titles.

The anime has shown that wild Pikachu live in groups in forested areas. Pikachu communicate amongst themselves using squeaks and tail-shaking as friendly gestures. In the anime, Alolan Pikachu are known to greet each other by sniffing one another and rubbing their tails together. Electricity can be used to receive and send messages with each other, as well as other Electric Pokémon species. It raises its tail to check its surroundings and is occasionally struck by lightning in this position. When groups grow, they can inadvertently cause lightning storms. Pikachu forage for Berries, which it roasts with electricity to make them tender enough to eat. A sure sign that Pikachu inhabits a location is patches of burnt grass. It has been observed eating and sometimes destroying telephone poles, wires, and other electronic equipment. By occasion, it can get unintentionally swallowed by Cramorant. While startled, it looks for ways to escape from the latter.

Pikachu charges itself while sleeping overnight, though stress and a lack of sleep can affect this. It is able to release electric discharges of varying intensity. Pikachu has been known to build up energy in its glands, which it will need to discharge to avoid complications. It is also able to release energy through its tail, which acts as a grounding rod, as well as recharging fellow Pikachu with electric shocks. Pikachu can also electrify itself to use its signature move Volt Tackle. 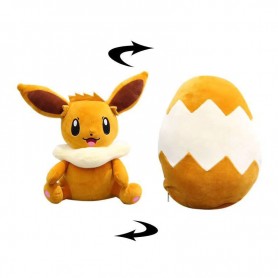 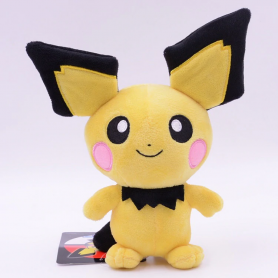 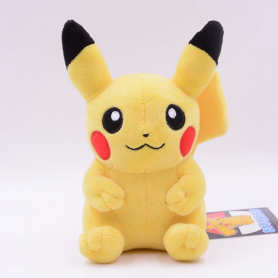 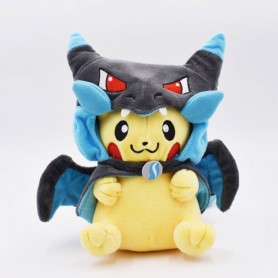