Find out Exeggutor through this lovely 15cm plush !

Exeggutor is a dual-type Grass/Psychic Pokémon introduced in Generation I.

It evolves from Exeggcute when exposed to a Leaf Stone.

In Alola, Exeggutor has a Grass/Dragon-type regional form : Alolan Exeggutor. It evolves from Exeggcute when exposed to a Leaf Stone. All Exeggcute in Alola evolve into this form regardless of their origin.

Exeggutor's heads think independently and don't appear interested in one another, so it makes a lot of noise as each head speaks its mind. They still appear to get along, though, for they never squabble amongst themselves. If all the heads want to go in a different direction, its body is unable to move. They are able to communicate telepathically as well and sometimes use it to come to a joint decision. It uses psychic powers to fight, and since all three heads are capable its power is tripled. If one of these heads grows too large, it falls off and groups together with others to become an Exeggcute. In the anime, Exeggutor also has been seen in groups of its own kind, meaning that it is not a solitary Pokémon. Exeggutor has been referred to as The Walking Jungle. It can be sluggish during cloudy days due to the lack of sunlight. Being the result of an evolution via Evolution stone, Exeggutor is rarely found in the wild, though they can be found in forests and jungles.

Due to the abundance of sunlight in the Alola region, Exeggutor grows over five times taller than in other regions. Its neck is thinner and much longer, causing it to more resemble a palm tree. This variant of Exeggutor has a long, tapering tail with two leaves, and a fourth light green head on the tip. This extra head can also act on its own and defend the rear. The tail can use weak telepathy to scan the surrounding area. Its long neck can be used as a whip to attack enemies with its hard head. However, its neck can also be a weak point as it will become dizzy swinging it around. Its increased height reduced its need for a psychic defense and has instead awakened draconic powers instead, resulting in its psychic powers becoming weaker. The people of Alola claim that Alolan Exeggutor is this Pokémon's true form. Ancient carvings and murals depict this Pokémon. Its extra height makes it the tallest and heaviest Grass-type. 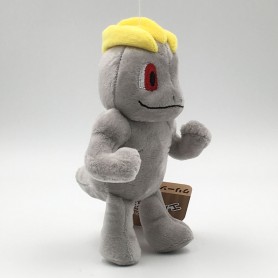