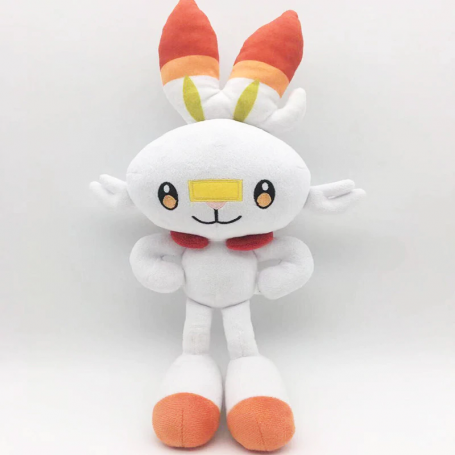 Meet Scorbunny, one of the starters of the Pokémon Sword and Shield game, through this adorable plush.

Scorbunny is a Fire-type Pokémon introduced in Generation VIII.

Along with Grookey and Sobble, Scorbunny is one of three starter Pokémon of Galar available at the beginning of Pokémon Sword and Shield, and were the first Generation VIII Pokémons to be revealed to the public on February 27, 2019.

Scorbunny loves to run and is filled with energy, and it can start small fires from underneath its feet. A warm-up run can cause the fire energy in Scorbunny to start coursing through its body, allowing it to fight at full power. The special pads on the back of its feet and nose can generate heat once it is ready to fight. By using its powerful legs, Scorbunny can run and jump around its opponents in order to confuse and disorient them. It is a rare Pokémon that is found more often under the ownership of Trainers. According to the anime, the soles on Scorbunny's feet are believed to bring good luck. 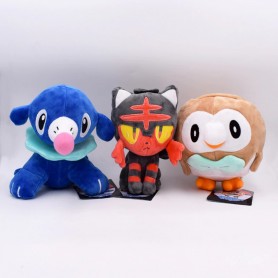 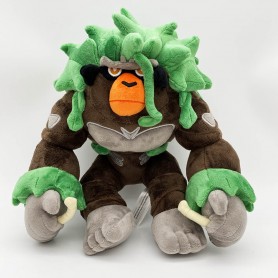