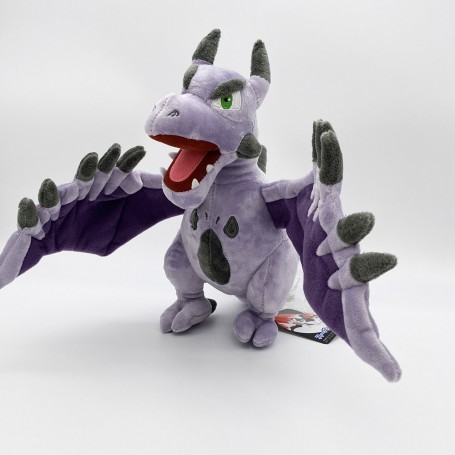 Find out the Pokemon Mega Aerodactyl through this superb ultra soft plush!

Aerodactyl is a dual-type Rock/Flying Fossil Pokémon introduced in Generation I.

It is resurrected from an Old Amber, and while it is not known to evolve into or from any other Pokémon, Aerodactyl can Mega Evolve into Mega Aerodactyl using the Aerodactylite.

When Aerodactyl Mega Evolves, its eyes turn green and the body begins to turn to stone, which some researchers believe was its original appearance before fossilization. It grows larger in size and sprouts jagged black spikes all over its body: five spikes at the wrist joint of each wing replacing its hands, three small spikes along its tail, one spike on each ear, and a long spike on its chin. The spike on its back and its rear talons have also become black and stony. Rocky plates cover its eyebrows and the corners of its jaw. Similar stone ornaments are present on its chest on its torso: two small ridges flanking a longer ridge. 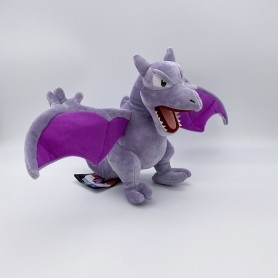